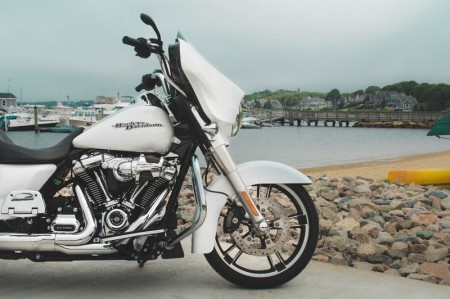 When your bike is misbehaving, it’s always a good idea to get it checked out. (Better safe than sorry!) But we can’t fix something unless we see it doing something wrong, and it’s nearly impossible to accurately diagnose something over the phone.

I think of it this way: before coming to work at Cape Cod Harley-Davidson®, I worked as a Medical Assistant for a Cardiologist. If a patient came in saying that the other day they felt like their heart started racing and they got light-headed, we would perform an EKG immediately. If their EKG was normal, we would begin a series of other diagnostics such as a stress test or an event monitor. Understandably, those tests cost time and money to run.

When running these tests, we weren’t thinking that the tests were going to resolve our patient’s problem, and, of course, we believed them that they had the problem. We were trying to record the heart while it was actually misbehaving so that the doctor could discover what the problem was, and then he could go about trying to resolve the problem.

Think about it, you wouldn’t want the doctor putting you on somelife-altering medication without knowing the problem that you needed treating, right? It would be outrageously reckless of a doctor to recommend surgery on a heart that never presented an abnormality. We’d pull their license to practice immediately!

It’s no different when it comes to your motorcycle misbehaving. We believe you that the bike is misbehaving; however, we need to experience it ourselves so that we can diagnose the cause of the problem. There are a series of diagnostics that the tech can run, but if the issue doesn’t present itself, then there’s really not much we can (responsibly) do. It would be reckless and a guess (an educated guess, but still a guess.)

Sometimes, we have the bike for weeks or months even, and the issue never presents itself. The only thing that is left for us to do, just like the heart patient getting an event monitor, is to send you home and tell you to let us know if/when it happens again.

I used to put the event monitors on and teach the patients how to use them. I had a whole speech about living your everyday life like you always do, because if you take it easy then we’re not getting an accurate picture of what your heart goes through in your daily life, and so we’ve wasted the whole test. And most importantly, the patient needed to record all circumstances surrounding an event. What were they doing? What were they feeling? How long ago did they eat? What did they eat? And so on. The more information we had, the better the doctor could narrow in on what was causing the problem.

It is exactly the same when it comes to your bike! If your bike is misbehaving, pay attention to the details! And write them down, because YOU WILL FORGET.

Remember when I said that, understandably, diagnostic testing costs time and money? Well of course it does! And it is, understandably, frustrating for you when you spend a bunch of money to have us tell you that we could not duplicate your concern.

So help us save you money! (I promise, we HATE charging for diagnostics when we haven’t resolved anything! I feel like a jerk doing it. But I do have to pay the tech!)

If your bike misbehaves, ask yourself:

-What is the bike doing that is abnormal?

-Did the check engine light (or other warning light) come on?

-What was the weather like when it happened? (Was it a hot day?)

-How fast was I going when it happened?

-What gear(s) was I in when it happened?

-Does it happen in a certain RPM range?

-How long was I riding before it happened?

-How often does it happen?

-Are there any commonalities to when it happens? (i.e. it happens every time I get on the highway, or only when I stop fast…)

You can probably think of other questions that could be pertinent. The point is that the more information you can give us that can help the tech try to recreate the concern, then the faster the tech can diagnose and fix the problem. This saves everyone time, money, and the frustration of being without their bike!